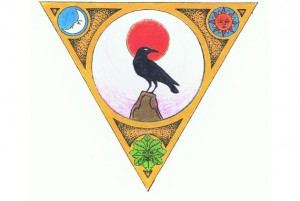 What is the Sun Wheel?

The Sun Wheel is the Earth’s orbit around the Sun which takes 365 and a quarter days.

The Sun is the hub or the centre of the wheel, the eight festivals are the spokes and the orbit of the Earth around the Sun is the rim, as shown in the Sunwheel Calendar.

The Earth’s polar axis is tilted by 23.5 degrees to the plane of its orbit; this is how we get the seasons. 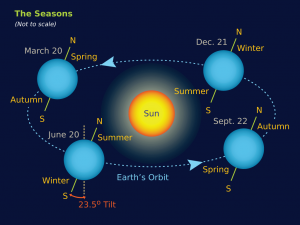 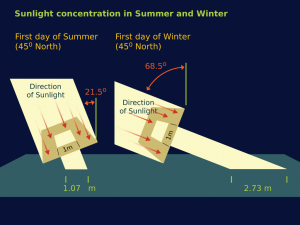 In March and September the Equinoxes, both North and South, have equal amounts of sunlight.