The Lochan Walk Attracted to a Lochan of fresh water, stopped, watched the fish splashing the surface water, hunting flies. The early evening had a languid feel. The mountainous hills into the distance enhanced the heart to wonder at so … END_OF_DOCUMENT_TOKEN_TO_BE_REPLACED

The Bonding Forged! Echoing the travel plans of last year’s motion, We are delivered to the short-cut to catch our train! Darkness descends as we rattle down the rails, Like exited children – upon an adventure – there and back … END_OF_DOCUMENT_TOKEN_TO_BE_REPLACED

Retreating For Winter! With fond farewells – on different stages – we retreat into winter and roll away, Retiring into darkness and running the rails – that lead us forward on our way! There’s a Bus stop gathering – where … END_OF_DOCUMENT_TOKEN_TO_BE_REPLACED

Summer Camp Wood? Rolling with the ages along the Fosse way’s trail – forever straight and to the point, Picturesque are the settlements decked with flowers – waxing lyrical canvases to self-anoint! Chasing rainclouds a calling – towards the horizon … END_OF_DOCUMENT_TOKEN_TO_BE_REPLACED

Paviland! Probably the oldest inhabited cave in Britain. Bones and flints from here have been dated to some 35,000 year ago. The “Red Lady” (a notorious case of mis-identification) far from being a roman courtesan was subsequently discovered to be the skeleton of a man buried with honour and at least 29,000 years old. The periods of time during which this cave has been used stagger the imagination. This is an account of an overnight visit to the cave in August this year.

We walked across the clifftop fields and down a steep coombe to a boulder filled ravine. After some precarious boulder-hopping we waded across a sea filled chasm and pulled up a steep wall (hard work with a full rucksack and carrying a drum!). The main cave is a massive teardrop shaped opening and quite deep (about 90 feet or so).

We explored the extent of the promontory and peered into the dramatic chasms on either side. This would be our world until the tide permitted us to leave about 11.00 the next day (we could of course have left in the dark at midnight but that was not our intention).

We clambered over the razor sharp crumpled rocks; gazed into green rock pools and clambered to the top of a samphire-encrusted outcrop to view the “Knave” – the next jagged peak to the west, its feet dipped in the roaring ocean.

To the west was another smaller cave (Paviland West). This had a gravel-floored egg shaped chamber at its end with a hollow seat in the back wall of white quartz. A green pool lay at its entrance suffused with sunlight. I sat in the egg shaped chamber for some time, meditating. Only a soft susurration from the breaking waves came in – rather like white noise. It felt amazingly calm and peaceful and I could have stayed there for ages. I felt filled with light and much uplifted. After a while I emerged into the sunlight to join Steve.

We sorted our gear and got out our sleeping bags. I lay my drum in the sun to dry out the skin.

The tide turned and came in all afternoon. It was a wild and stormy sea – large waves crashed against the black rocks. To either side spray was thrown up into the air higher than the cave. The waves had a rhythmic power that is quite hypnotic and you can feel the vibration through the rock. Spray and spume drifted on the wind and we could feel it cool our skin.

The sky constantly changed, a vivid cloudscape, swiftly tearing across our view. We saw only 2 boats all day – sailing yachts heeled over in the wind far out.

We drank mead and ate some food. I fired up the stove and made chai. We watched quietly as the sun moved across the sky and sunset colours suffused the sea and sky to the west.

We ate our dinner (bread cheese olives and mead then prepared for the evenings) ritual. At the innermost end of the cave, the final chamber made a shrine that I dedicated to the Ancestors. I lit candles and my fire bowl, on which I put frankincense, myrrh and incense which filled the cave with fragrant smoke.

We watched the sun sink into the sea and when it got dark, took our drums to the back of the cave. Following an incantation to the spirits of the Ancestors, we had a couple of long drumming sessions in which the rhythm of the drums took over and it seemed to me we were travelling on the sound as it resonated around the chamber and through our bodies. The beat of the drums took me away like a flowing tide of sound, back down the long years to the source. I had visions of our cave in times long past, when a tree covered plain stretched out before it, teeming with animals; the silver river meandering in the far distance. I saw other, less hospitable times, when an arctic wind howled and the sunlight glinted off the ice-sheet only a mile to the north.

It felt to me that our shamanic apprenticeship was bearing fruit!

We then sat out to watch the night sky. The clouds came and went, revealing the myriad stars above. Deneb blazed brightly in Cygnus. Overhead the Milky Way arched across the blackness.

Then it was time to return for the night to sleep in our cave, like our Ancestors had done uncounted thousands of years before. I performed the Spiral Maze exercise from John Matthews book “The Celtic Shaman” and asked for a meaningful dream! Looking out several times during the night, I saw the cave entrance framing a collection of stars.

Unfortunately, no notable dream was experienced by me (or at least none that I could recall). Steve however remembered a complex dream involving the carrying out of tasks on a list, only to repeat them over and over again. We found out afterwards from excavation records that Steve had slept in the exact position where the “Red Lady” had lain.

The next morning we sat and watched the sea as the tide retreated once more. The sun shone and the sea had calmed down from the night before. We drank tea and watched lobster fishermen at work before packing up our gear and making a final check to ensure that we had removed all trace of our presence from the cave.

I said a final farewell to the spirits of place and the spirits of the Ancestors; thanking them for their inspiration and blessing and for the journey they had enabled us to take, in both this world and the Otherworld.

The sea finally retreated enough for us to wade back across to the ravine which we followed to the cliff top. At the path we met a large chattering party of walkers going to the Worms Head – it seemed like another world….

I like to think that the Ancestors would have appreciated our drumming and the reverence and respect with which we honoured them. For me, certainly, it felt like a pilgrimage into the distant world of our forebears which I could integrate into my work in the Ovate Gwerse. To move to the rhythm of the natural world, constrained by tides, marooning ourselves on a isolated promontory surrounded by the crashing waves, felt like a journey into the heart of nature and one I will never forget. 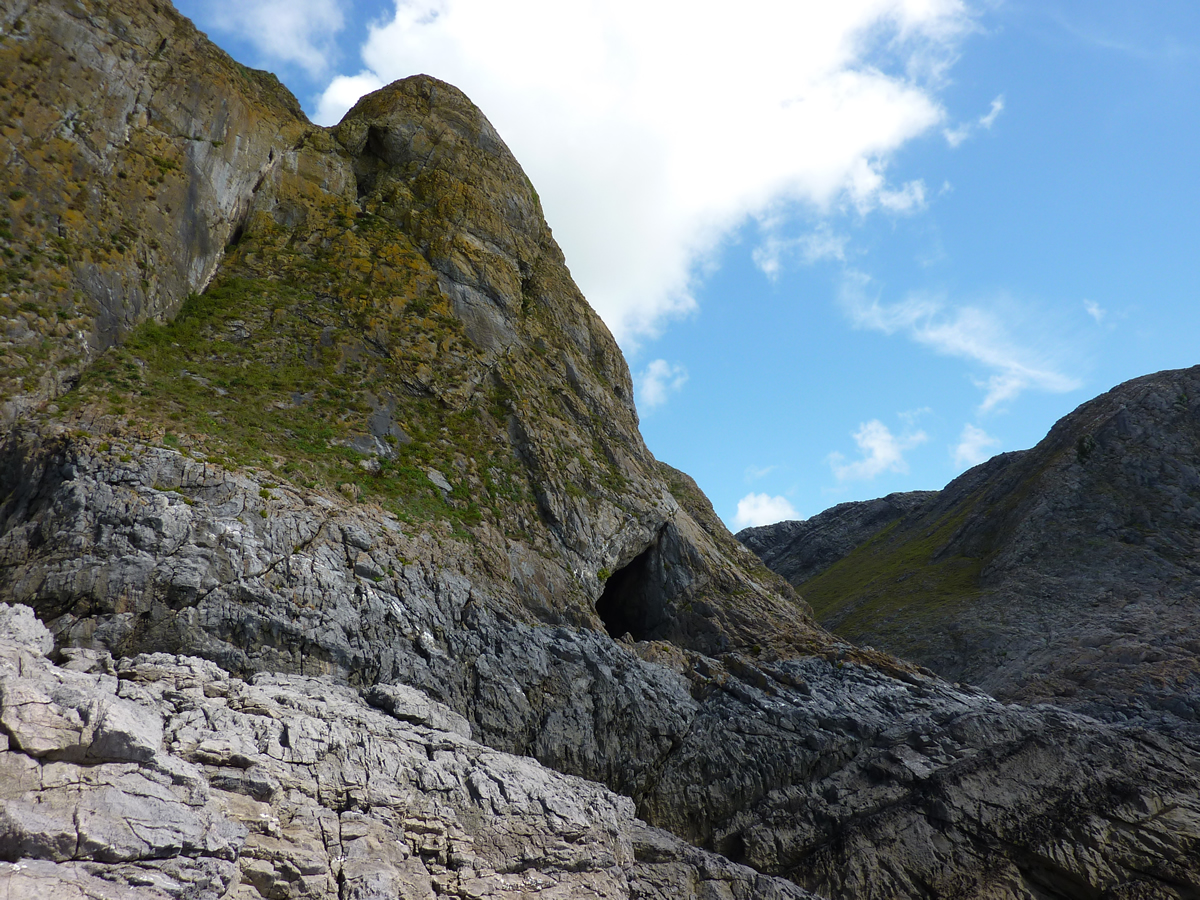 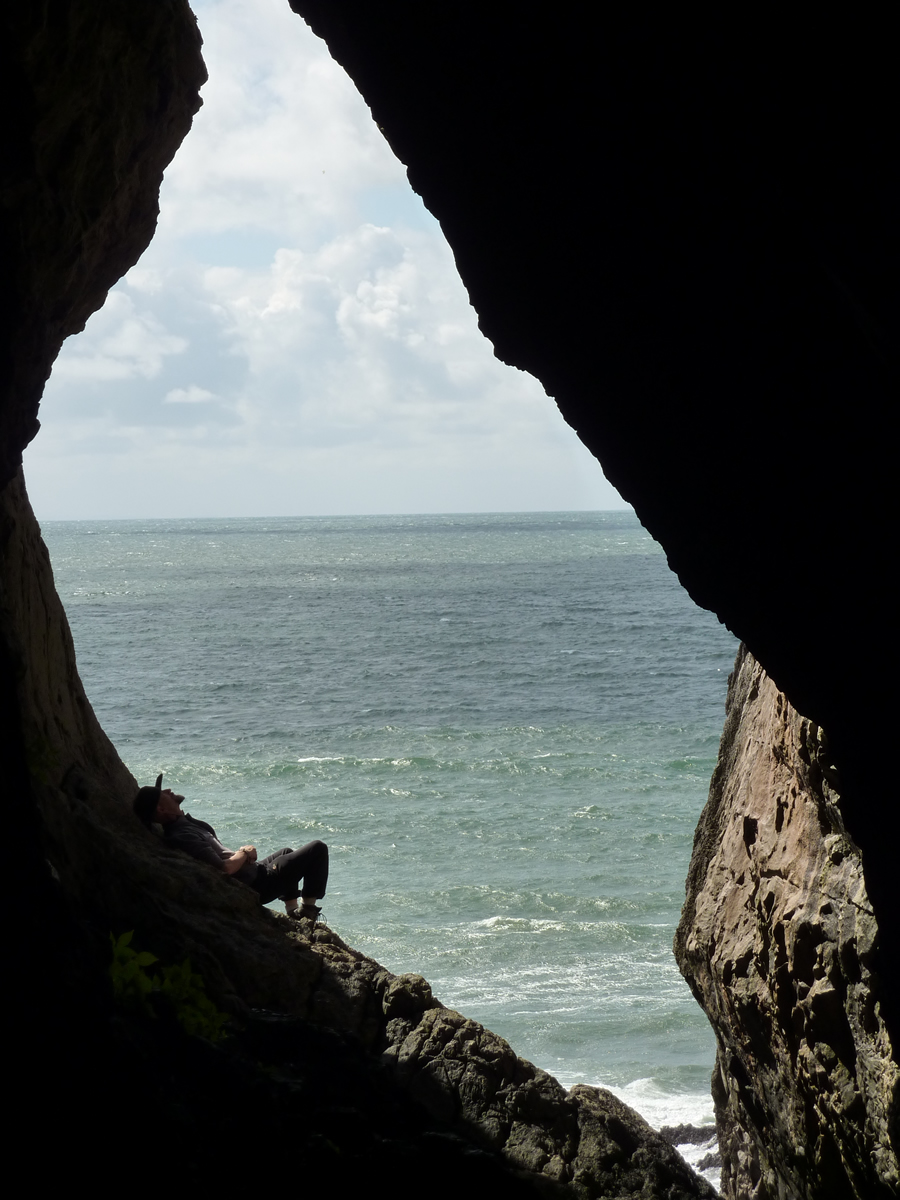 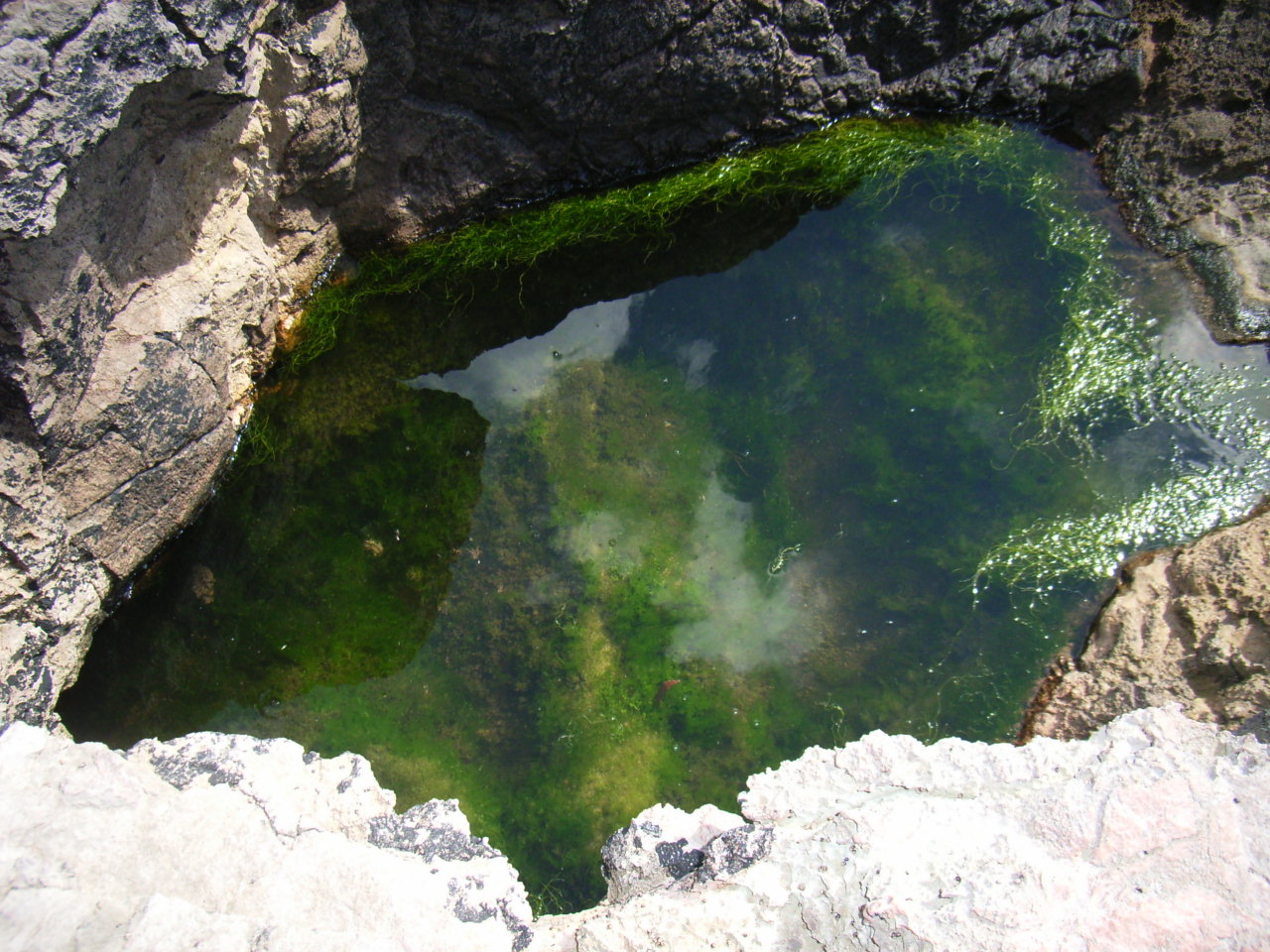 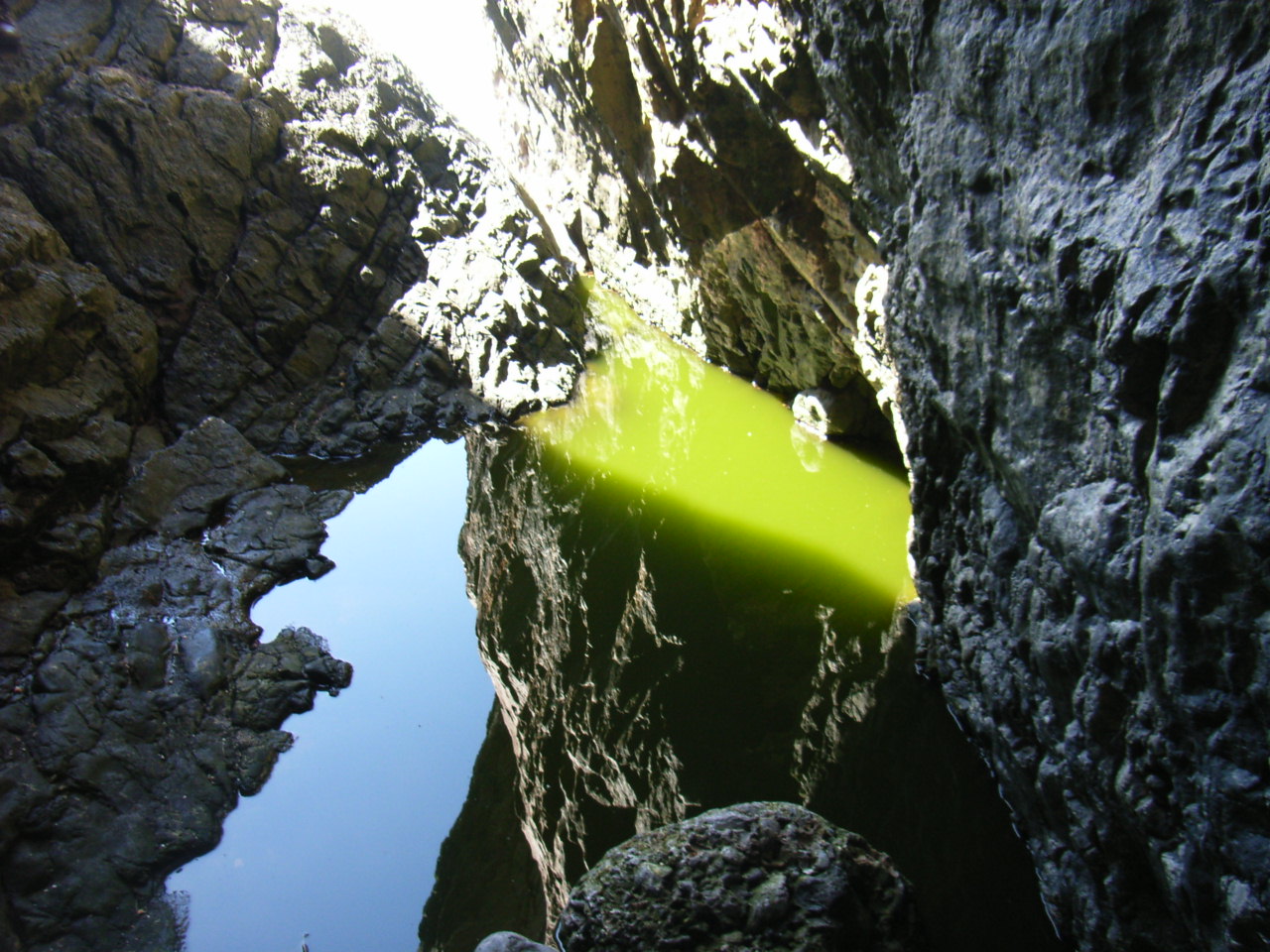 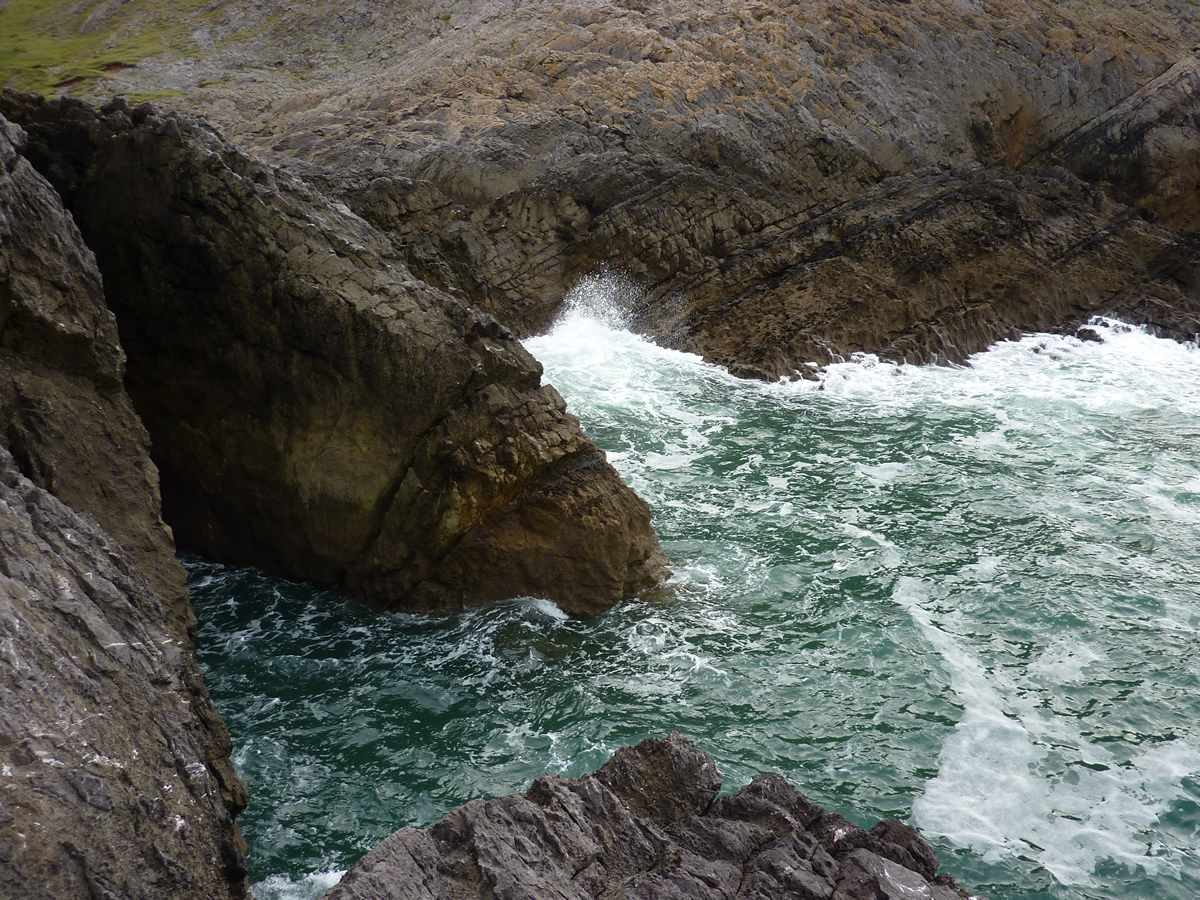 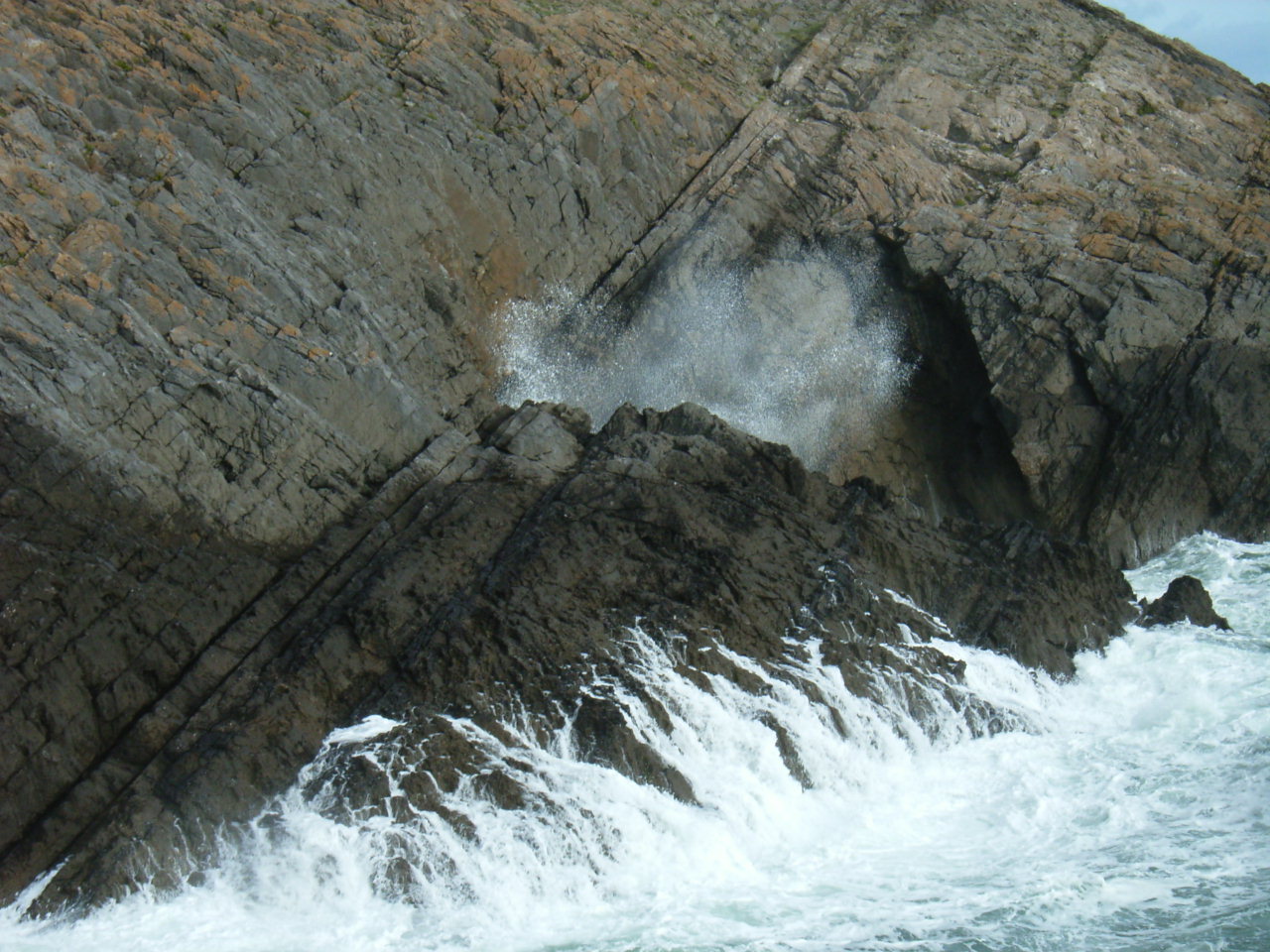 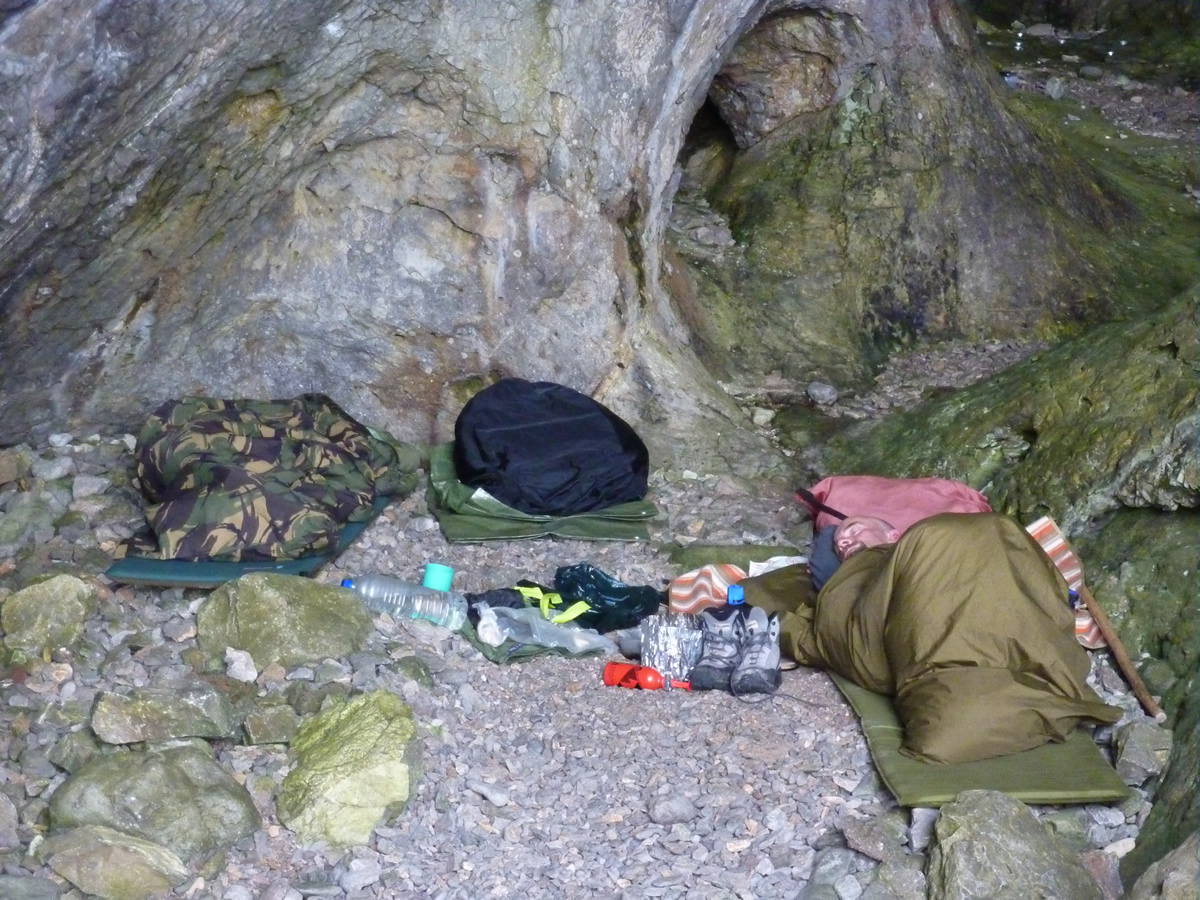 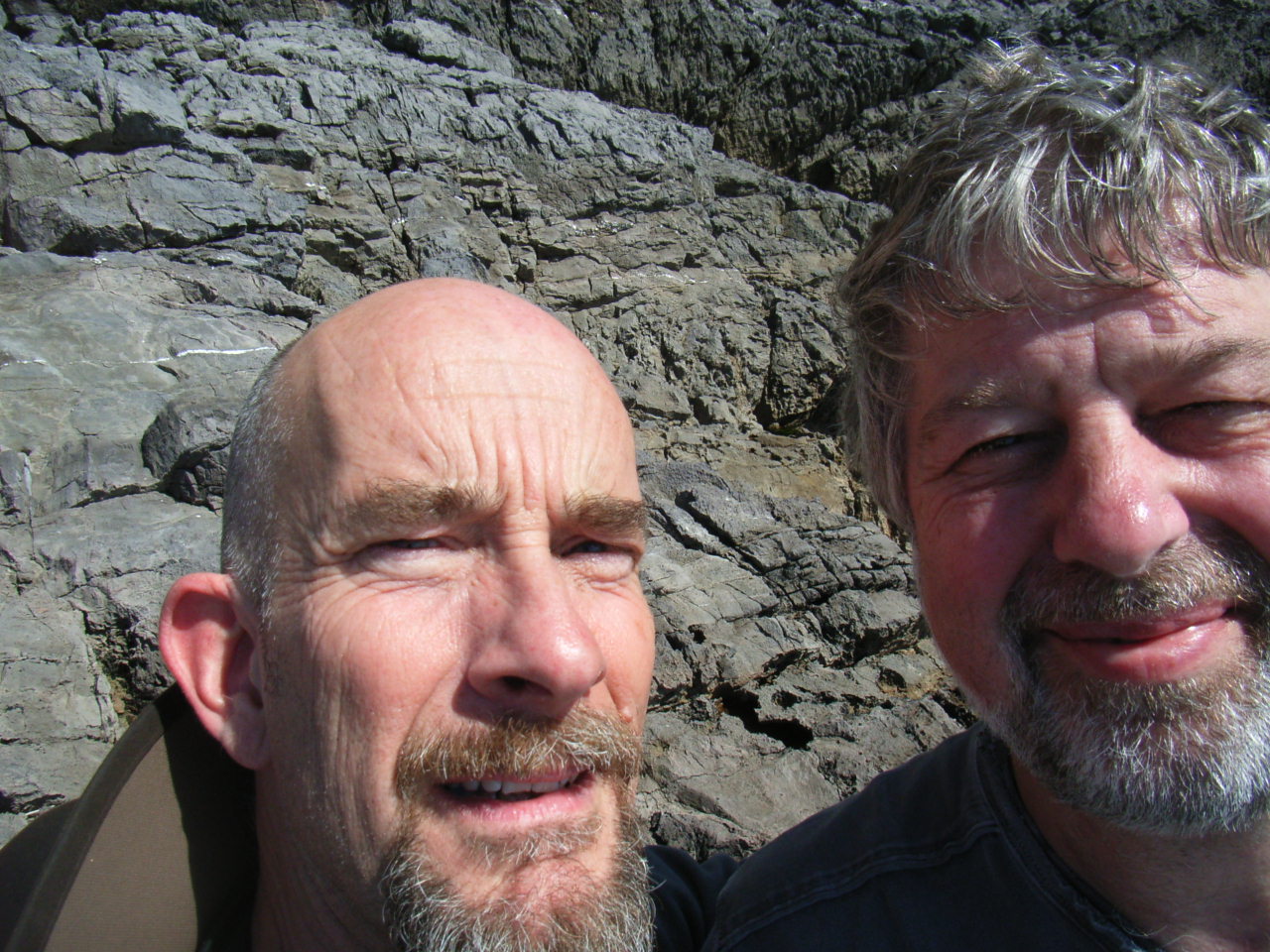