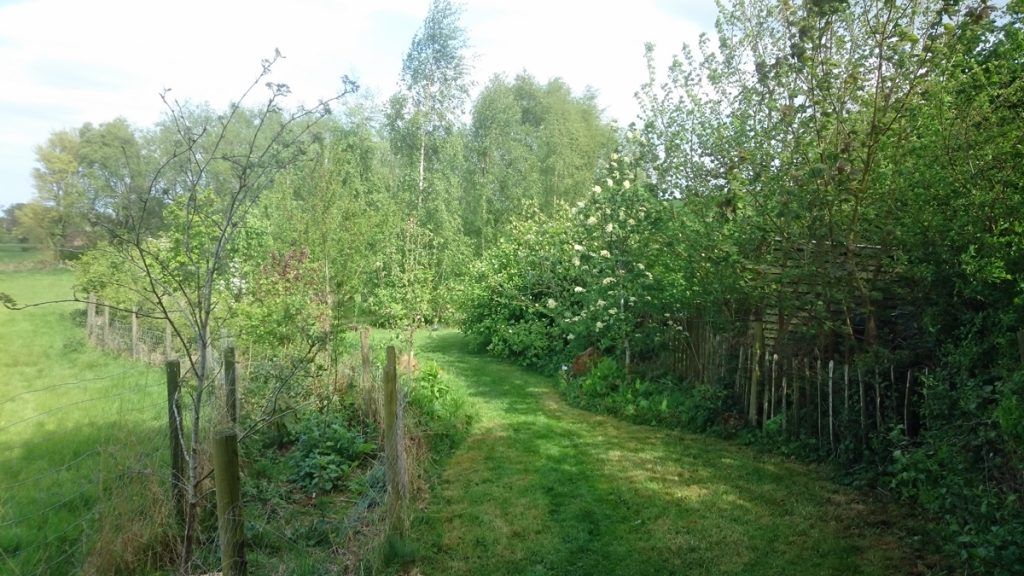 The Sun shines bright as the gate swings open – a Blackbird bugles – arrival’s dawn,
The invisible chorus of songbirds in hiding – welcoming the Planning Department come mid-morn!
With the beauty of the moment – capturing images – second breakfast favours the mood,
While the sunlit wonders enliven the spirit – the taste of distraction savours the food!

The Pigeons and the Doves – one by one criss-cross above – while the Crows they weave their lines,
Scattering directions – with the Grove as a landmark – sketching out their grand designs!
A Pair of Magpies come down – landing in the north – lost in silent combat with loving moves,
With a cut and thrust – gripped within the season’s lust – listening to the latest grooves!

There’s a sudden blur of flightpath – from west to east – a Duckish looking two-some sweeping low,
A Red Admiral sails – the bed of forget-me-nots – vibrant and sun-shone with its colours aglow!
An Orange Tip tours – the selection of grassy borders – a stray White Campion catches the eye,
Nestled in the gathering – around the old Hawthorn Tree – where the Bluebell’s ramble by!

The Wheat bed defences – see a changing of the guard – as the seedlings raise their heads,
While the bugs and Bees – hover round the Trees – checking out the life in the beds!
The Orange Tip Butterfly – flutters into vision – returning to the lure of the Bluebell wave,
A Small White feasts – on the forget-me-nots – alone among the beasties feeding what they crave!

Lunch calls a meeting in its loosest sense – blessed in the heat of the Sun,
Discussion states its case – in its worded chase – with evaluation said and done!
The Plant Pen trembles with the shortest straw – shaded overgrowth – under Hawthorn’s tall,
The gate comes free – with the untying of its laces – to reveal the tangle of its shawl!

Clearing the cloaking – of the weed growth choking – the plant-life sees the light of the day,
The Walnuts – Rowans and the baby Hawthorns – the Elder’s rooted in a serious way!
Pots of Cowslips huddled in the corner – looking full of life and still in flower,
Goat Willows leaf in the flush of green – reflecting the memories of growth and power!

The Pen stands empty as they form their lines – the Yew and Hazel with one and all,
Quality control sorts the wheat from the chaff – the fire stutters with the smoke’s thick crawl!
Singers in the tree-tops – keep up the commentary – as the plants return to their Pen,
Everything is watered with a well soaked drink – taken from the water butt now and then!

It’s a short back and sides for the bed of the fruit trees – taken down to the height of the ground,
The Almond and the Ornamental Crab Apple twins – appearing in the lost and found!
The fire it smoulders with its sporadic flames – hissing the moisture into steam,
Removing the wire from the Pear Tree surround – revealing the trunk that stands supreme!

There’s a Buzzard bothered by a pair of Crows – before it calmly loses them each in turn,
With a care free circle above the south eastern rise – tucked into the hill without concern!
As we wind down the timing and prepare to leave – the Pigeons they settle in the shade,
The Crows they fluster – as they start to cluster – like privates on parade!

Robin takes a gander to take in the changes – exploration from perch to perch,
Searching through the bounty – under the fruit trees – in and out of the Silver Birch!
Following the pathway that ends at the Honeysuckle – ripening into buds,
Climbing with the weave – with its subtle scent to believe – relocated from the floods!

As it comes to pass – we leave as one en masse – pulling the gate to a close,
Admiring the coverage – within the dappled shadows – where the trail it comes and goes!
The wildflower hedgerows – a palette of pigments – glinting in the light of the Sun,
On past the cracks – that follow our tracks – over the stream and its wandering run! 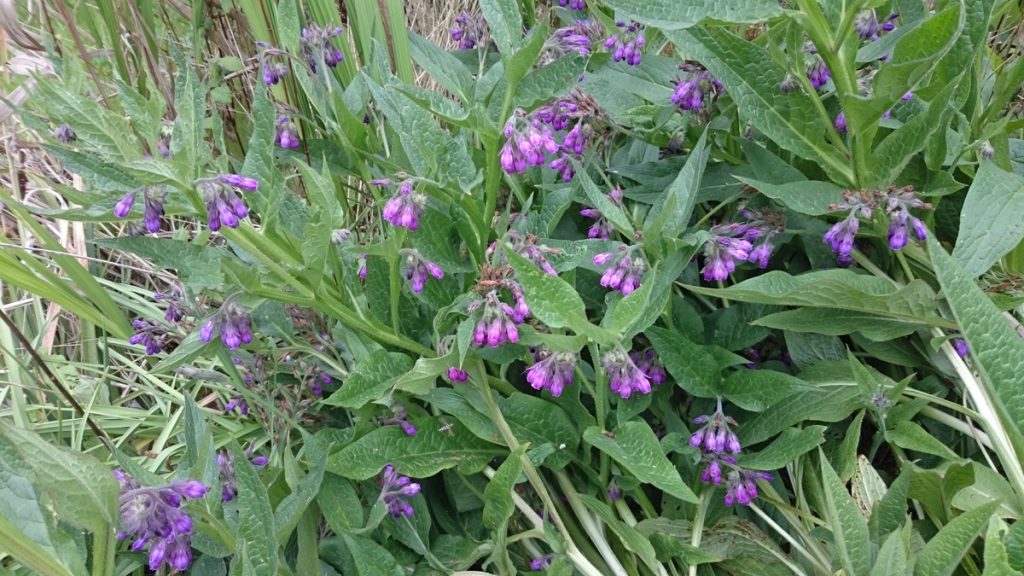