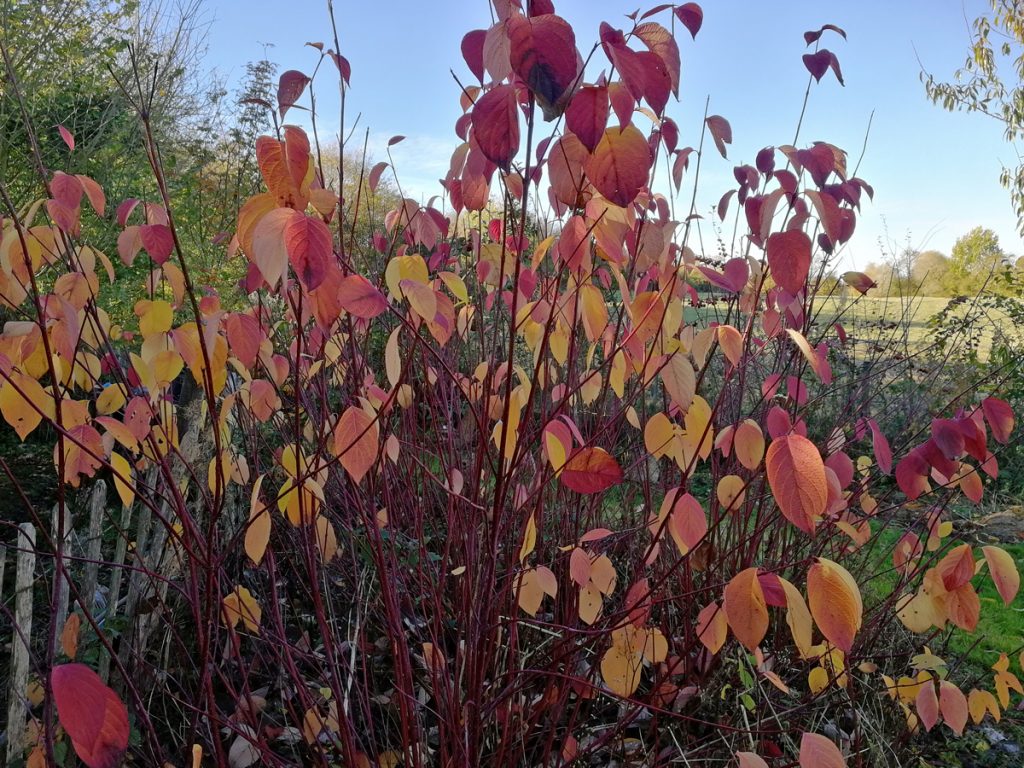 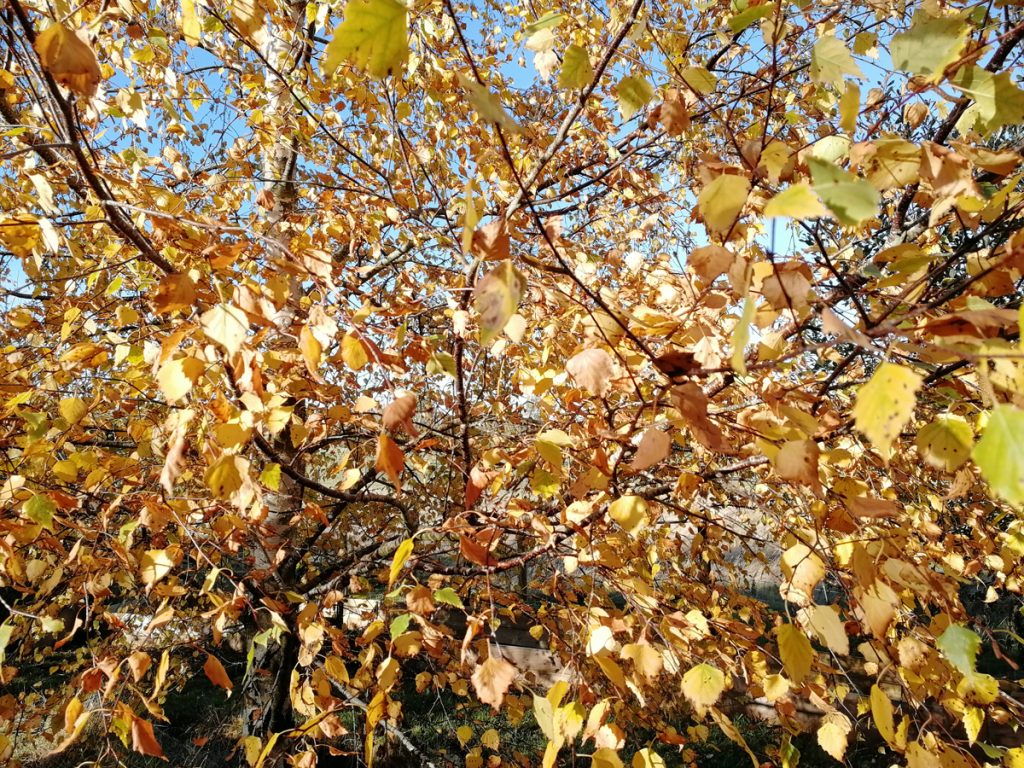 With the sky hanging low – dragging its grey mist veil – met with agreement all around,
Going with the flow – a visit deferred – allowing the rainfall to soak into the ground!
Up before the dawn – the following morn – where the clear empty skies await the sun,
The chill it lingers in the touches of shade – on through the sunrise a decision well done!

Meeting with a gathering and a pre-planned greeting – a primary schooling for all of us,
We share in the sadness – the felling of two ancient Oaks – while waiting for the bus!
The wheels they rumble on an extended tour – painting familiar visions in seasonal hews,
Confusing the moment with the backward – alternative route – breaking – headline news!

Alighting one and all at the watering hole – with the sun shining through the blue,
Down the hill to Weeping Willow hollow – where the pathway splits in two!
A Magpie skims across the sprawling field – like a stone across a lake,
The early autumn blanket brown – now sprouts with greens – trailing in its wake!

Songbirds come and go with their fleeting flitter – along the hedges and border trees,
Heralding a palette of seasonal leaves – turning with the tide of autumn by degrees!
Crows and Pigeons share the mid-morning still – seemingly solo missions – here and there,
We pass the stream-bed as it lays at rest – collecting fallen debris and embracing the air!

Over the rise where the cracks are crudely plastered – the Crow Tree empty on the turn,
With second breakfast looming to focus the mind – I can feel my stomach churn!
Drips and drabbing through the timeless Gateway – one and all we step into the light,
Where the fade of autumn turns the rust of trees – the gold it glistens its lustre bright!

Robin bobs and weaves – amidst the fallen leaves – checking each view of the scene,
The Silver Birch – follow familiar formation – bleeding golden yellows out of the green!
The Dogwood half naked with their wine red bruises – a veritable patchwork on display,
The rich oranges beguiling the form of the Rowan Trees – like seasonal fires at play!

The last of the mystery Apples a deep dark red – declaring the coming of seasons end,
The Russets engulfed by nature’s calling – feeding the multitude and all who descend!
The Wild Cherries model their auburn highlights – slim and slender in sweet repose,
The Hawthorn hedging – hanging onto clusters of berries – to combat winter’s woes!

With Little Raven’s wording dancing on the air – engrossed in the tell of their tales,
Wrapped up in the storyline – an entwinement of voices – leading the weave of its trails!
Admiring the beauty of the sumptuous Yew bed – as one and all we congregate,
We gather the collection of Hazel and Willow – for the making of the Samhain Gate!

We frame the network of its naked bones – until it’s to be decked and dressed with Yew,
Running on a theme – along the annual seam – a sun-wheel serving strong and true!
And so we tidy away – as lunch comes our way – and we take the time to reflect,
A Blue Tit nibbles at the crown of Rosehips – well defined and ripe to select!

Little Raven hums a melody as she draws her picture – capturing a moment in time,
There are flyby Pigeons and the odd Ring Necked Dove – with a Pheasant in his prime!
Robin is happy to watch from a distance – from its Hawthorn hedgerow to the east,
A small brown Dragonfly – all alone flutters by – a brand-new adventure slow released!

The chill comes and goes while it’s nipping your toes – despite the shining of autumn sun,
A flame it flickers into late afternoon – until pre-arranged timings see that we’re done!
As we leave through the gateway – we casually wander – over the rise and down the fall,
Stitching the hems of our journey with the threads of thoughts – shared by one and all! 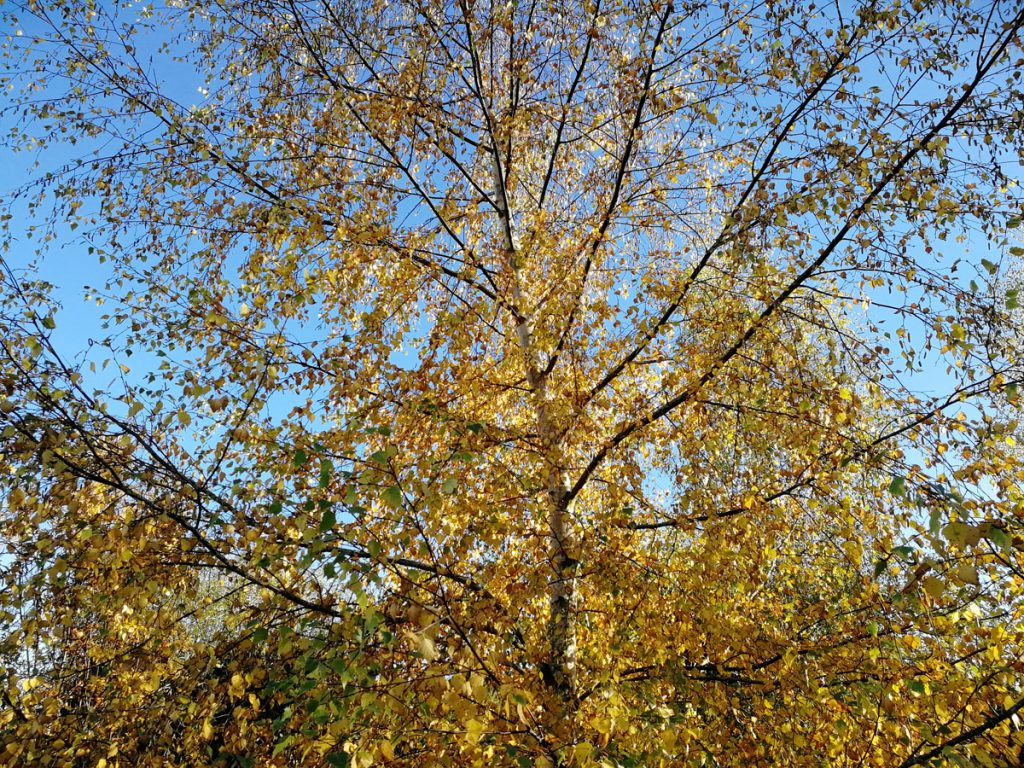 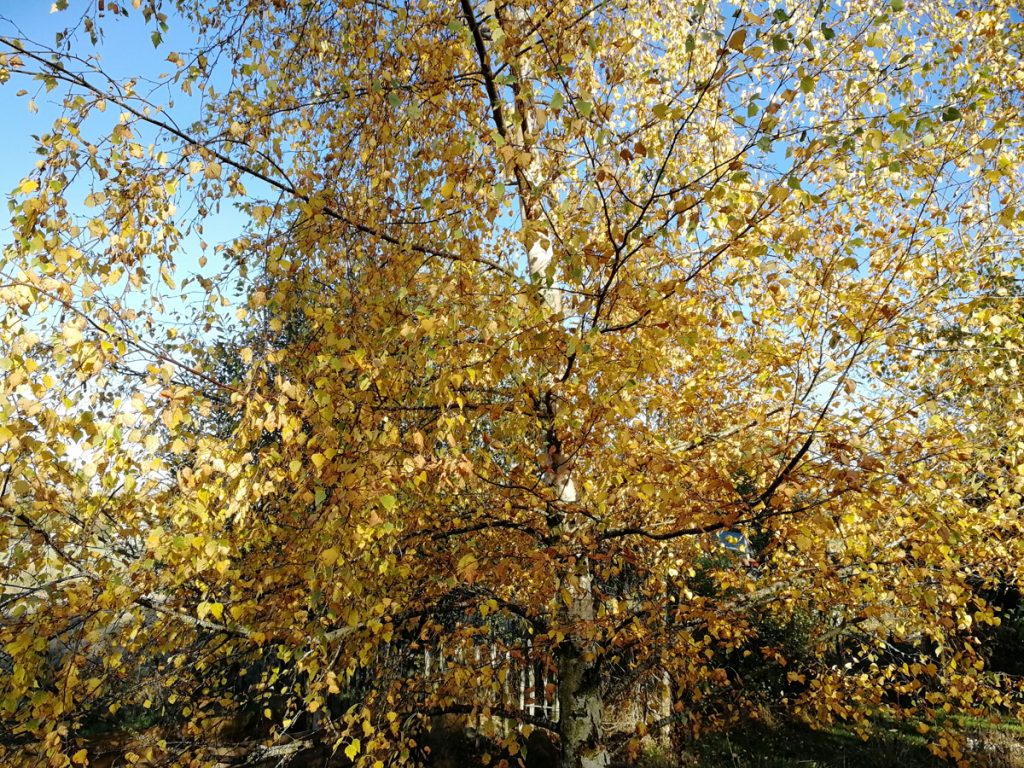