The Watchtower & the Dead Tree! 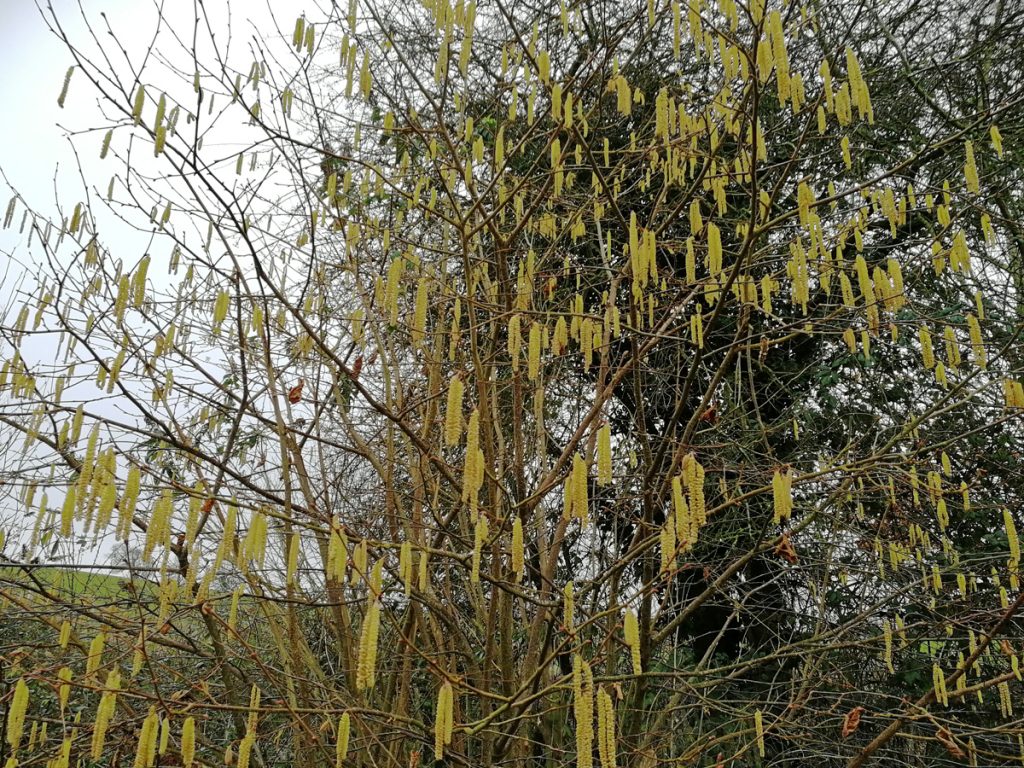 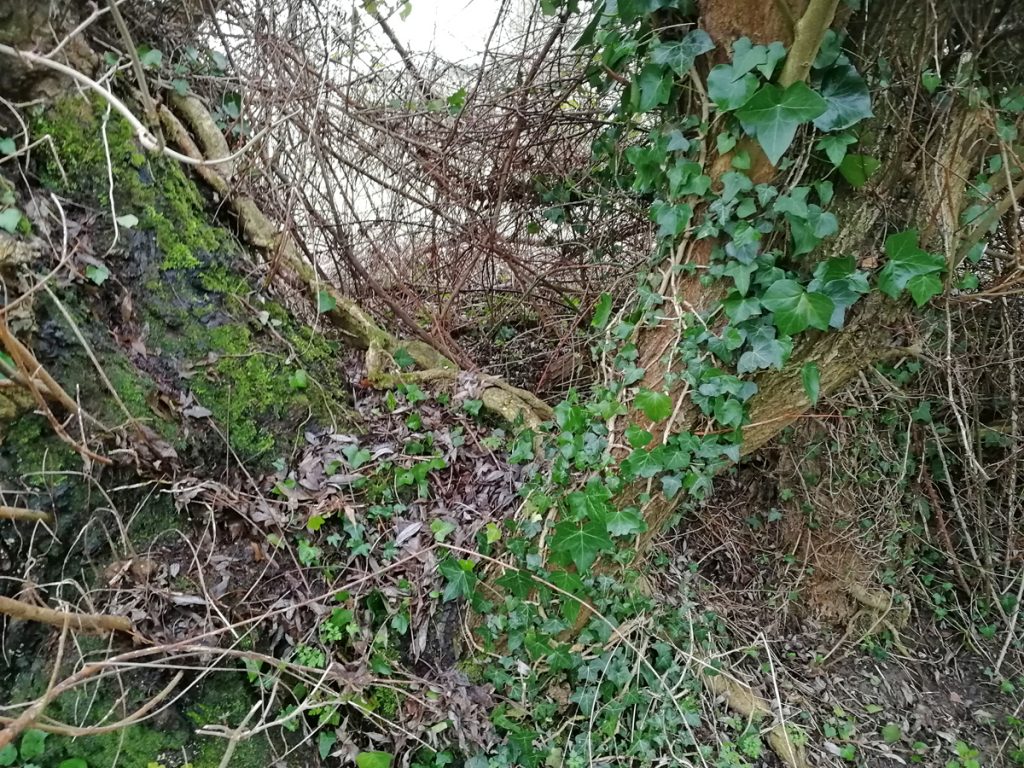 Tumbling is the greeting stream’s preamble – nature’s welcome for our morning ramble,
The fog it leaves its fingerprints upon the timeless hills – and their rain spent waters flow!
Fresh with the withdrawal of the clinging greys – hanging on the breath of these winter days,
The natural aging watchtower with its hair-line trees – presiding over our seasonal come and go!

In through the outdoor and under the gate – leaf-strewn tide-lines – left behind to congregate,
Running to a standstill and washed away – the wet trails of yesterday retiring to the sea!
The air hangs heavy in the absent breeze – lost in thought amidst the sleeping Silver Birch trees,
The Hazel catkins cascading in their golden green – stealing a march to set their pollen free!

A pair of conversing Ducks in formation abreast – a fly-by connection on their northern quest,
Fate reflects on winter casualties and the dead tree I call ‘House Martin Hotel’ has taken a fall!
In approach there’s a Buzzard with an ascending cry – circling invisible circles lost to the eye,
And Robin flitters into vision to proclaim the moment – with a heart-felt triumphant call!

A couple of Ravens passing the time of day – moving easterly westerly with plenty to say,
The seasons change with the last of the Snowberries and the Snowdrops start to show their heads!
A Blackbird lands on the run – in vocal display – a path for a runway down Moon Garden way,
With the will of the people – the bunk house transcends – into a workshop in the life of the sheds!

Robin circumnavigates the bonfire to and fro – trusting in its smoulder to put on a show,
The Elders of Samhain corner – put up a stubborn resistance – enough to rethink the plan!
The White Birch removed from the Holly Bed – awaiting a transfer to its new home instead,
The sickly Rowan retiring from the hedgerow – making an entrance for the access of man!

Return of the calling Buzzard – from west to east – its darkened plumage a visual feast,
In clusters the Starlings out on the rampage – weaving flight-paths as they move through the air!
The Crows and Pigeons sporadic – in a free-form style – holding their audience gaze a short while,
Walking round in circles I capture my images – with Mother Nature stirring here and there!

The pale yellow hint of early sunset light – bathing the scenery softly in its winter delight,
There’s a silent glide – with one last Buzzard ride – calmly returning from whence it came!
Leading my pathway as I take to my feet – unto the western gateway in slow retreat,
Replacing the seal at the end of the day and returning the picture back into its frame!

Planting my foot-falls firmly onto journey’s page – I look up at the watchtower of history’s age,
Slowly the creeping mists reclaim its crown of trees – as I casually follow my trail!
The Crows they chatter as the darkness falls – an infrequent commentary as adventure calls,
A slow motion procession disappearing – over my shoulder and under the descending veil! 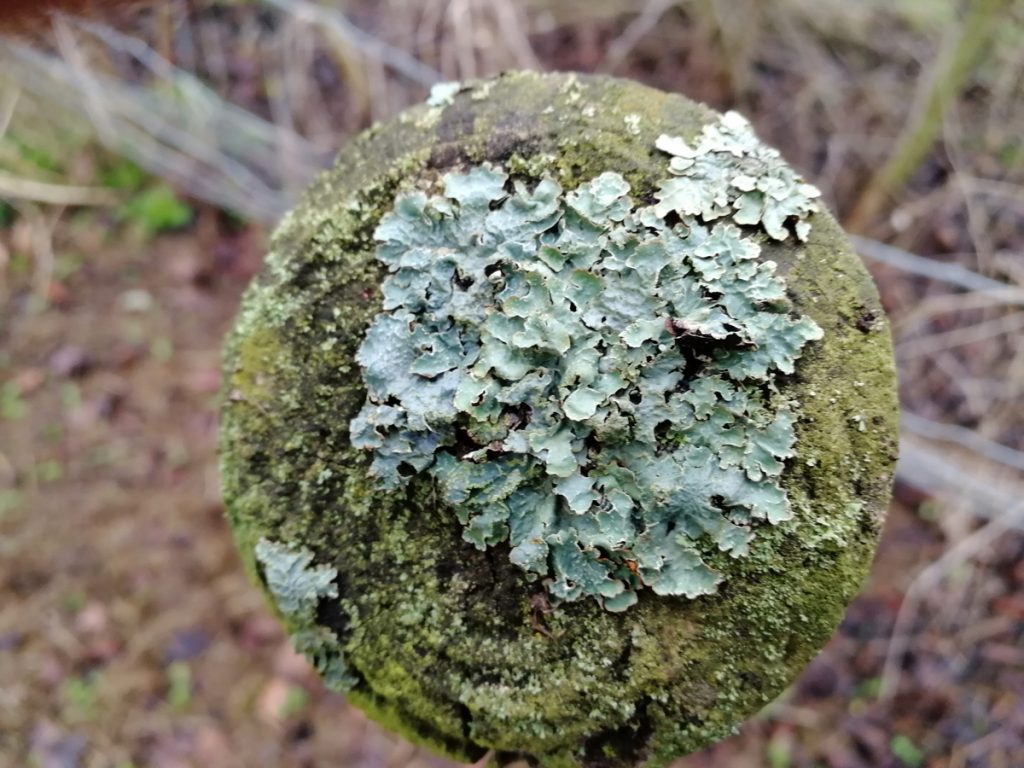 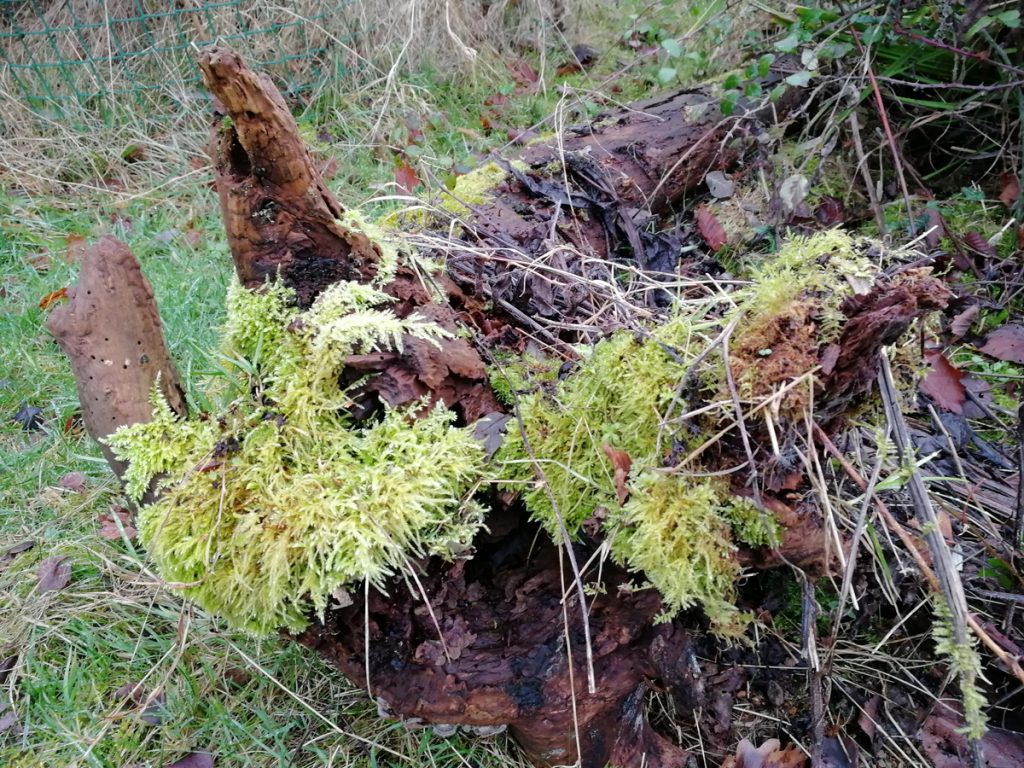