The Warm Glow of Solstice! 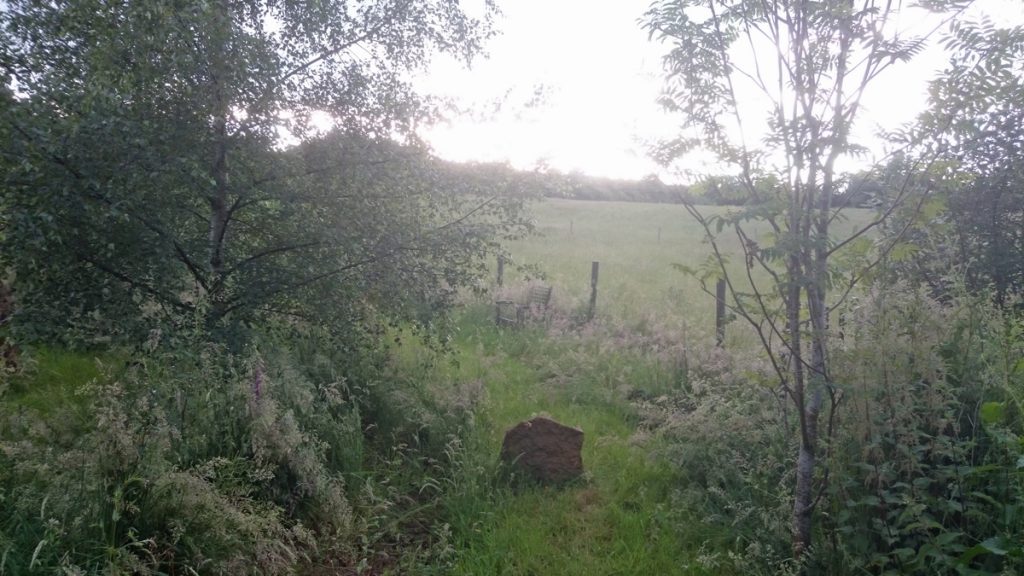 With an awe of wonder at the grip of growth – we enter inward upon Solstice eve,
Swaying with the grasses as they lead an entrance – with our hearts upon our sleeve!
A season overflowing in bed – border and hedgerows – what’s the hurry take a perch,
Long Tailed Tits in clustering bustles – flow the circle like a tide – rippling the Silver Birch!

Horse Flies gallop through the heights of the grasses – preparing a welcome that fails to enthuse,
So we settle by the fire and watch the Bats in the dusk – raising a toast we take a time to muse!
With the trickle of the stream serenading the sunset – painting its pictures and setting the scene,
Blushing is the Moon glimpsed through a tantalise tree-line – from a moon kissed sea of green!

Swaddling is the cloud cover – giving the lunar its privacy – the breeze it rests in peace,
Lanterns become the focus taking shape and form – imagination wanders never cease!
Cutting through the darkness a Roe Stag bellows – behind us to the south and oh so near,
Repeating to a fade beyond the boundaries of earshot – off into the distance to disappear!

With the thinning of the clouds – the stars they sparkle – through the windows overhead,
The Plough to the west cast in all its naked glory – with its familiar line of thread!
A Wolf Spider passes as he carries his nest – returned into the shadows where safe and sound,
And with the rounding off of the midnight hour – one and all were dreamland bound!

Nature calling at 04:00 with the morning chorus in overdrive – with the dark awash with light,
The Thrushes and Blackbirds in silhouette dances – their pride and the passion a pure delight!
With the warming of the dawning in the land of sleep – an encore of melodies greeting the Sun,
The cloud it shows then it comes and goes – the heat of the moment keeps the weather fun!

Three Swans fine – they form a line – with a flightpath yonder moving north to south,
A circle of Ravens cronking through the Crows – sharing a moment by word of mouth!
The Magpie to the north it fields the edges of hedges – where the grasses tend to bunch,
Southern burns the fire-pit an honour in its flickering – while one and all sit down to brunch!

Chittering and chattering with the Clan of the Crows – an eager excitement taking them north,
Off to the west – sailing a graceful cruise on the thermals – a Buzzard circles back and forth!
The Foxgloves they highlight the quietest of corners – rising in rows of purple and more in white,
Mock Orange blossom sprays the Moon Garden hedgerow – a frosted vision in resplendent light!

The Borage climbing high through the Butterfly Garden – with the reaching heads of grass,
The Red Hot Pokers make their stand in the crowd – where the bugs they come to pass!
In swoop the House Martins with their curves and curls – where the swallows join the flight,
Performing manoeuvres they round up their lunch – a display in weaving a captured sight!

A Gold Tailed Darter samples the presence of flowers – behold the exploring of the Wild Rose,
Entwining through the mass of Ivy – In the Hawthorn Tree – where so random as it grows!
Celebration is at hand with preparation at ease – enter the incense on a resting breeze,
Chiming the timing with the calling of melodies – settled in grand fettle with a circle of trees!

The Sun shared its zenith with its highest climb – with a gentle hint within its shade,
With a sun-wheel remembering the seasons of the cycle – where our memories are laid!
Honoured are the Ancestors with a flame of their own – with the sunlight free to bleed,
The Oak stands majestic with the crown of the King – all honoured with a toasting of Mead,

Come the closing’s end and the unreeling ribbons – when a multitude of pathways away do run,
Butterflies rampaging a gathering of Buttercups supping at their nectar as they shine in the Sun!
Due diligence observed with each and every flower – with a pause to close the wings,
A lonesome Bee evicts a smaller cousin from a Wild Rose flower – as the Robin duly sings!

Pigeons crisscross directions in reflecting a memory – childhood wistfulness along for the ride,
A moment of nostalgia wrapped up in a smile – where the heart and mind collide!
Robin shows his interest from multiple angles – bobbing and weaving to strain at the view,
A gathering chorus builds in the still of the day – as the birds do what they do!

A Pheasant in the distance fails to go unnoticed – causing a commotion to go unseen,
There’s a Kestrel escorted by noisy wee birds – hastily withdrawing from the scene!
As the flora and the fauna they intermingle – where nature finds its groove,
Soaking up the atmosphere from the watchers view – reluctantly I move!

The fruit Trees bloom and draw my attention – brimming with health and in the swell,
The Russet and the mystery Apple stood across the entrance – in a welcome said so well!
The Almond so proud and worthy of mention – reaching tall within a veil of forming nuts,
The Pear and the Plum their fruit doth come – slowly but surely no ifs or buts!

Momentous is the manor of the Greengage Tree – in the bearing of its virgin fruit,
With a passing nod to history in the cycle of life – as no witness can refute!
A Beth is the Pear before the bank and ditch – in an early state of show,
Glowing in the green of the recent rains – with the Discovery on the go!

The Wild Cherries thrive along Orchard Way – little Discovery reaches toward the sky,
The Cox’s Orange Pippin in the memory of Lizzie – she holds more fruit – I cannot lie!
The twin Elders and the Yew Bed – rubbing shoulders – for a seasonal Samhain view,
With the Hawthorn hedging at its tallest end – decreasing in size with aging as they do!

A leaving path it becomes full circle – with the return of the Gate Keeper a time honoured friend,
We admire of the Honeysuckle in its new found home – as our day it nears its end!
Retiring with the eve to an elemental peace – with the path that fades away,
The warm glow of Solstice and its many blessings – mark this down as a special day! 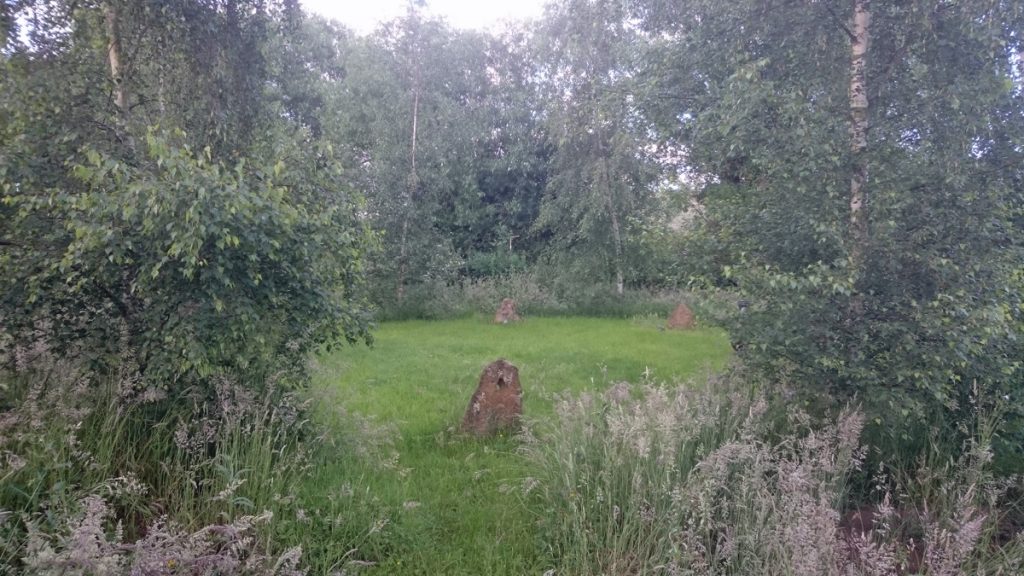