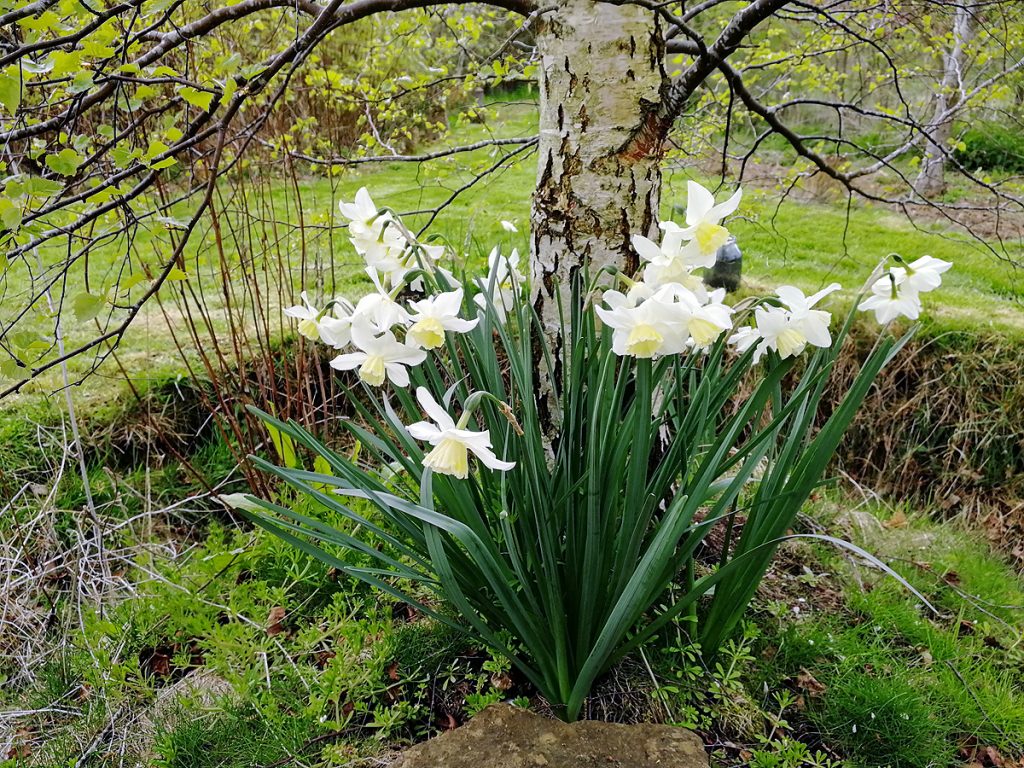 Pondering my century – we make the plantation early – echoes of history path the way,
Familiar visions plucked from time’s perspective – as the sun heats up the day!
With it wagons roll to tour the scenic route – unwinding its thread along ancient trails,
With cosmetic touches subtle and all in keeping – where the wind takes up the sails!

A Kestrel hovers aside – a junction negotiation – proud and majestic in striking pose,
Pigeons and Crows – lead the way so it goes – dotted in corners where the seeding grows!
The countryside patchwork of fielding systems – painted in their many shades of green,
With highlight bursts of yellow – where Rape Seed is the fellow – livening up the scene!

We start with a pause and a change of wheels – there’s a tentative trundle down the hill,
Catching onto the tail of the mid of morning – where the sun shines through the still!
The Weeping Willow passes – as we follow our path – swinging round and up the rise,
Over the crest where the views fan out – with the midday sunshine in our eyes!

With a warmly welcome – a pair of Buzzards circle – an invitation onward overhead,
The stream a steady rabble – with its splash and babble – the ageless stoning of its bed!
The homely contented snake – moves on for journey’s sake – taking its leave at the verge,
With the helicopter trees shading shaded pathways – waiting for the gate to emerge!

Making an entrance to the applause of Blackthorn Blossom – Wood Pigeons slip away,
The greenery scattered in its seasonal sprinkles – new leaves opening a grand display!
Songbirds fidget around about the tree-scape – the call of nature in its melodic tones,
Unloading our luggage arriving at the Dogwood – feeling the moment deep in my bones!

Wild Cherry blossom resplendent – in shape and form – the beauty of twinkling blooms,
Flowering sprays of white – crave attention in the light – where the wisp of insect looms!
Highly commended Greengage and Beth the Pear – earlier than the Conference shows,
Resting in the sidings with the Ornamental Crab Apples – where the bud it slowly grows!

As it’s later with arrival we honour our sustenance – relaxing in peace with the Grove,
Taking in the panoramic near and far – with poignant pauses for thought to rove!
Sharing a moment with the hand of connection – remembering one and all the same,
We light a Candle Lantern to absent friends – flicker thy flame in thy name!

Robin makes an appearance shadowed by mate – as lunch gets packed away,
Keeping an eye on its territory’s familiar ground – with plenty there to say!
A Pheasant calls as he goes undercover – over the border – behind us to the South,
Plan of action without distraction – continuing conversations by word of mouth!

A southern fire crackles – splinters of kindling – while old pages crash and burn,
With the building of heat – after the fork’s sad defeat – as we live so do we learn!
Irony makes a discovery of forgotten words – ringing like an echo back in time,
Telling their tales – on their parchment sails – dancing with the will of the rhyme!

The mower hums as it this way comes – defining the pathways and circle’s round,
The firing of smoke trails thick and heavy – crawling away across the ground!
The sun shy’s away – above a gentle covering of grey – as we start to feel the chill,
It’s definitely there – the cooler air – the fire starts to retire – having had its fill!

Recovering a moment I take a seat in the North – as the Finches to and fro,
The Robins sweep the scenery – from all directions – inspected high and low!
A Blue Tit sets to work – around the catkins of the Goat Willow – strong and tall,
The Bumble Bees – tour the feet of trees – the flora and fauna each and all!

Another Pheasant takes its turn – from a nook in the North – short and sweet,
A single burst – not the melody of verse – an all or nothing yet so discreet!
The smell of fresh cut grass intoxicating – a gift for the senses of modern day,
Reaching into the past to scratch the surface – a custom that has found its way!

With time pressing – we head for the circle – to review the standard of the seal,
As we enter the circle Robin stands on the marker stone – a Sarsen stone for real!
Happy with developments – we count our blessings – as the time it ticks on by,
I opt for an extension to capture my visions – a valued moment just nature and I!

I potter a while – gathering inspiration – pulling at weeds with their choker hold,
Primulas and Daffodils contrast the Snowbells – seasonal stories forever told!
The Bluebells stir in their shady corner – a solitary Foxglove finds a place to hide,
I pause for a while with a birdsong smile – listening to the Bees out for the ride!

Preparation mustered for the ease of comfort – threading strands of words,
Securing my backpack with zips and poppers – serenaded by the Birds!
With a shudder of excitement at next door’s pond – head-height Pheasants fly,
Low in trajectory – great haste in harmony – with an air of do or die!

I give in to the lure of the Cherry Blossom – a final moment with its glorious scene,
I admire the tiny red tipped buds of the Ornamental Crab Apple – sheltered in the green!
As I rewind the entrance path – at the end of my day – I revisit the Blackthorn show,
The Honeysuckle and the Hornbeam in the rudest of health – and I make it time to go!

I step through the gateway into late afternoon – while my fateful footfalls lead me away,
I take in the hedgerows – laced with Blackthorn drifts – in their seasonal game of play!
I ponder my century – so much more than it planned to be – setting up the beat,
I conclude with a grin – as I run my bat in – a personal milestone now complete! 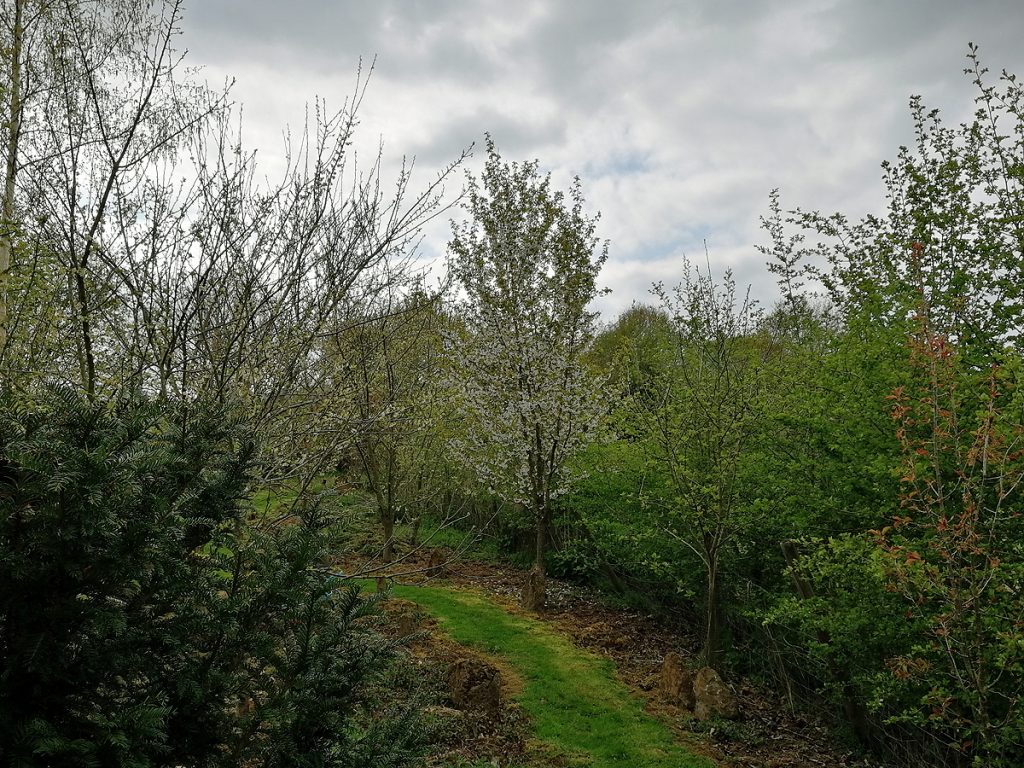 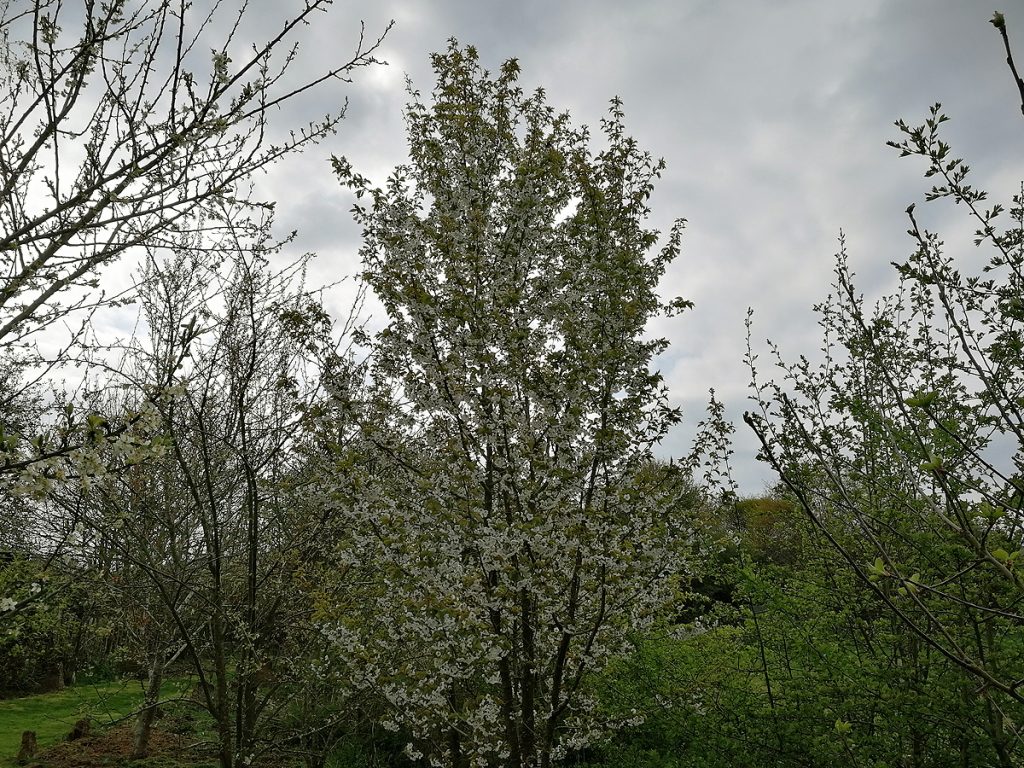 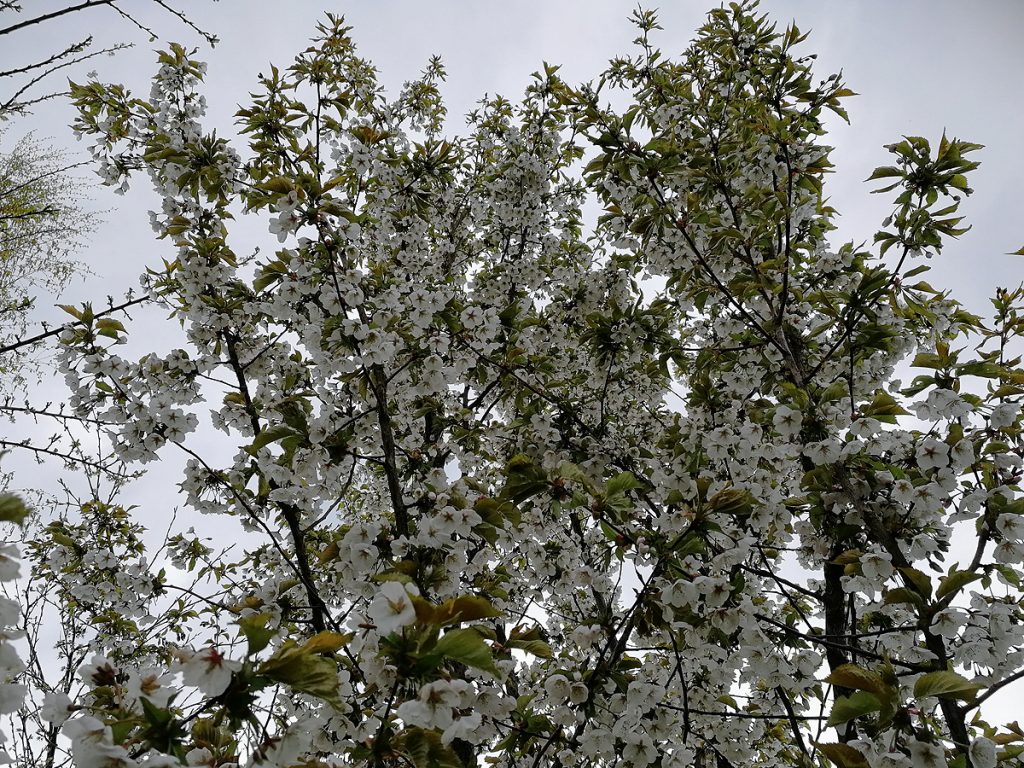