The Onset of Sunset!

With a stretching of the early eve – we partake the breath of freshest air,
We reflect with the river as we cross the bridge – in the moment we are there!
Around the bend we go – with the ebb and flow – where the surface has an edge,
Picking out the countless plants and flowers – that line the borders of the hedge!

The spinney shades the shadows of the undergrowth – with the thickening of trees,
Standing in the corner and bristling with life – before the reaching crop of seas!
Climbing with the rise and the road opens out – like a stage in the spot of light,
The waves in the wheat they waft in their motion – so soft and green and bright!

The Memorial Tree stands proud with a flourish – a flutter full of hands,
Its mightiness the Oak – In all its growing splendour – the respect that it commands!
Tall and inviting a voice for the many – so private in personal ways,
Shared with affection the honour of sentiment – linking all our days!

Beetles weave the contours of the weary tarmac – a ribbon painted grey,
Rolling down the contours above and beyond – with its leading on our way!
The hedge full of trees joins the gathering of the wood – wild Cherries ripen in the Sun,
For a time at the T-junction we pause at the gate – to ponder the rapeseed’s rising run!

We make our way and up of the hill – where Crab Apple Trees join the climb,
Where the Silver Birch and Native trees are gathered – maturing over time!
With a resting view as we reach its summit – we cast a gaze across the Vale,
Through an empty sky – a Heron glides across the picture – with the evening setting sail!

At the bottom of the hill and the twitchy bend – where the Deer seem to cross,
We weave the old chicane where they moved the road – where nature cuts its loss!
With the scatter of Bunny tails diving the hedgerow – the gateway frames the view,
The green of the field and the unveiling of birdsong – with the Spinney high on hue!

We wander the gravel pits and meet with the crossroads – where the traffic tells a tale,
Snaking along in an act of symmetry – when we come upon its tail!
Crossing the road we re-capture the moment – where silence shares our calm,
Rounding the corner where the Skylark displays – safe and free from harm!

With a nod to the bench we wind our walking – flowing with the form of the road,
Down to the bottom and the sound of the Wood Pigeons – burdening their load!
The Teasels they dance with the Horse Parsley stance – the Moths dive clumps of grass,
The flies and the Beetles they put in the hours – but the birds do it all with class!

Downward of the bank – the tone of gentle rapids – with an inner voice of peace,
Where it flows into the pool of slows contentment – with a drifting sense of ease!
Gathered and mingled to blend with the whirls – where fish they jump for flies,
Forever on with the flow – so it can but go – where the will of the world complies!

A black Coot’s meander – the snags of driftwood – stretching out its legs,
Over the sticks that reach from bank to bank – where it retires to watch its eggs!
There’s a random scatter of bobbing chicks – Mother Mallard leads the way,
One then three then four then five – an exploration party – out to greet the day!

The singing symphony over the role of stones – bathed with the time of tide,
Recalls me back to my front row seat – where the twigs and feathers ride!
Low in the gully with a curtain of flowers – with the attending Willow Trees,
Held in the palm where the earth holds the water – where passion so decrees!

The drift of a metaphor runs at a constant – as it is so let it be,
Where the springs they carve their runaways – where the rainfall rides for free!
The fluidity of passing with the drink of life – soothing is the trickle of flow,
Lost to the world in a fielding of visions – so soon it’s time to go!

With a climb of the bank we head for the stile – where the Magpie patrols the hedge,
We step through the plant-life fringing its entrance – buttercups and sedge!
Tiny Moths and bugs and airborne Beetles – cloud the skirting’s of the crops,
Along their frieze and the sanctuary for Bees – all that crawls, jumps, flies and hops!

House Martins weave for all they conceive – in their swirling darting rings,
The Blackbird announces the onset of sunset – as the evening chorus sings!
With a temporary visit – we greet the Sheep and their supper – before we move on by,
With the light growing late – there’s a kiss at the gate – and the sunset paints the sky!

Over the fields we weave a path of discovery – where the river makes its move,
We wonder at the flush of this season’s growth – with its winding of the groove!
Standing so tall for a reach at the sky – the trees that line the pathway of an age,
Leading us on to the sight of the bridge – completing a circle at the foot of the page! 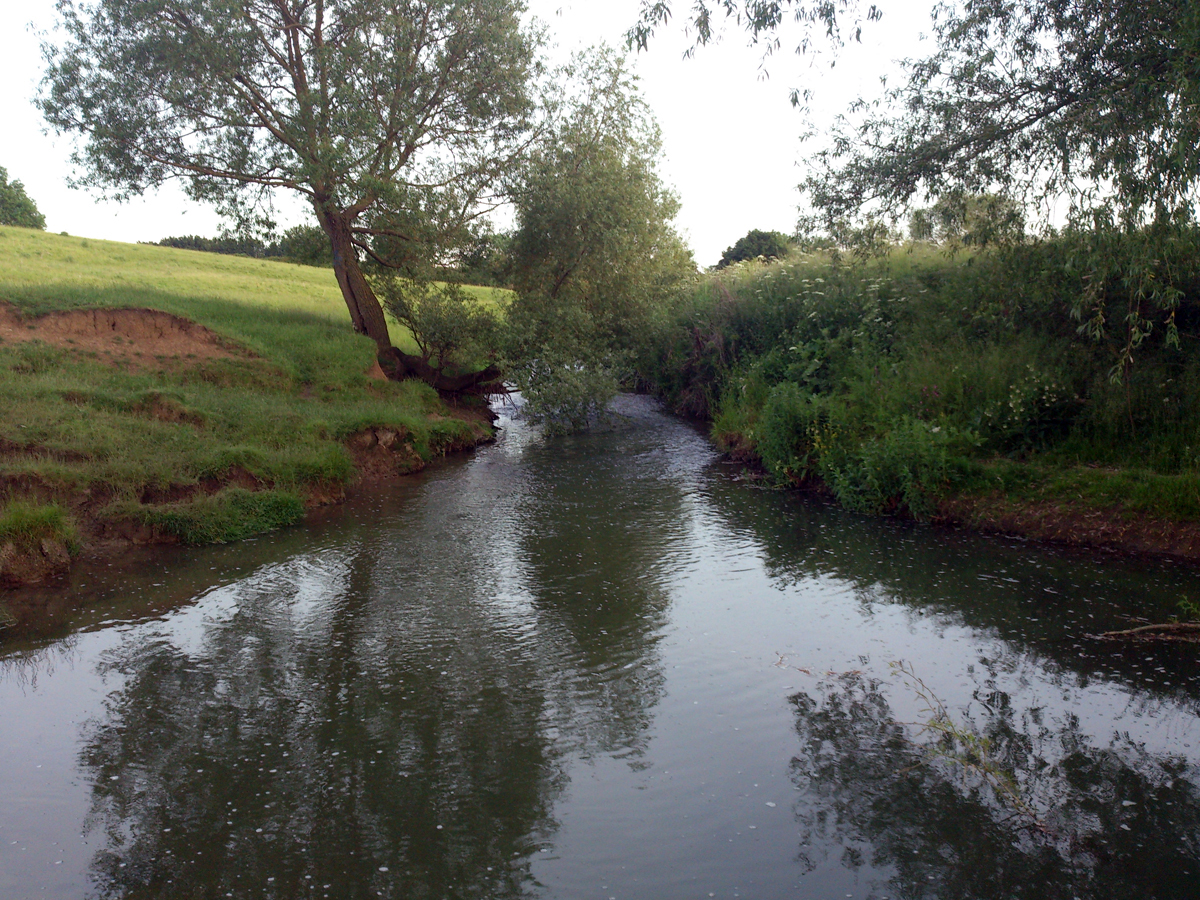